Important advantage of our recreation zone is its convenient location. A comfortable rest near the water in the ecologically clean area is reachable within an hour. "AquaClub" has been built on the shore of the water reservoir "Nurek" just 65 km out of Dushanbe. Here you cab spend your time in a very fun and interesting way without having to go on an exhausting trip. It would not require much effort to come here for the weekend or a holiday and recharge your batteries so you could return to your workplace or studies fully rested and energized.

We have created this paradise so you could feel yourself resting at a Mediterranean resort. Well organized infrastructure, unique nature and clean water of the reservoir - everything one needs to have an ideal rest in the nature; for those who value spending time in a quiet atmosphere as well as for those who like adventures. Despite being close to the settlement, you are cut off from the world by a natural wonder - the giant water reservoir with an area of 98 km I which is included in the Guinness Book of Records.

When building our resort, we wanted to preserve the primeval nature surrounding us, therefore, we only use ecologically clean materials.

Our modern and functional complex will give you a cozy atmosphere and comfort in one of the most bright and beautiful places in Tajikistan with a stunning view of a canyon, the sky-blue water and unspeakable beauty of the mountainous landscape. The atmosphere and personal approach to every guest are the main criteria in our work. Therefore, after visiting us once, we are hoping you would want to come back here again and again.

Forget about the endless noise of the streets and the roar of the cars of hot Dushanbe and turn your vacations into an unforgettable experience.

A fairy tale city. City of a dream. And the water reservoir which the inhabitants of Nurek prefer calling "the sea" is to be considered a fantasy. The citizens of Nurek love their city as they built it with their own hands. Its main place of interest is the Nurek Hydro Power Station, and for the hydropower engineers of the world Nurek HPS is a Mecca which has to be seen in person. The idea of building Nurek HPS appeared back in the 30-ties. During that time there was the "Tajik-Pamirian" expedition which consisted of the scientists from Moscow and Leningrad. Academician Fersman, also the member of the expedition, has mentioned the possibility of building the Nurek HPS in his report and in 1961 the construction started. The initial cost of the Nurek HPS project was 235 million Soviet rubles, however, upon its completion the cost was 693 million rubles.

No one really believed in implementation of this project. In order to evaluate the scale of the station its dam was compared to the Eiffel Tower, though the dam is 10 meters higher. And this all took place in the 9-points seismic zone! During the international dam contest in the USA, the most respected expert, Karl Tercagi, was asked a question "What do you think - is it realistic to build a 300 meter dam in the 9 - points seismic zone?". To which he ironically replied - "Try". *** Nurek was foretold to be an inevitable downfall, scientists predicted horrible consequences, such as a dam break but its construction started anyway. It was started from the point "zero". The best engineers from all over the Soviet Union came to Tajikistan. They initially lived in the tents, barracks, and there were time when 17 people had live in one room, with their families... And then, the city of hydropower engineers, Nurek, was born....

As with all ingenious endeavors, t he mystery of Nur ek HPS lies below the surface. The 300 meter high dam was built by mimicking the natural consistency of the land that occurs in Tajikistan in seismic areas. In other words, the dam is built of the same rock that the mountain around it consists of. This rocky building material is not heterogeneous, but rather fits into the natural landscape. During earthquakes, the dam "behaves" the same way as the surrounding mountains , so it is not vulnerable to disaster. This project fascinates everyone without exception .

Many records that Nurek HPS has set are still not beaten. The dam in Nurek is included in the Book of Guinness World Records as the highest bulk dam - 300 meters. Nurek dam is granted the world quality certificate. Before retiring in 2000 the well-known Tajik hydropower engineer, former head of "Tajikglavenergo" (presently "Barqi Tojik") Bahrom Sirodjev, was invited to Geneva, where the "Golden Star" for quality and superiority of Nurek HPS was awarded... The price of the electricity generated by the Nurek HPS is still the cheapest.

Today Nurek is visited by crowds of tourists. Red mountains by its side are very beautiful. In spite of the giant hydropower station within the city, its nature feels untouched and wild. Local elders used to say "why is there a Hell if there is Nurek in this world?", as already in June the sun would burn down all the greens. Now, thanks to this water reservoir Nurek is cool and fresh. The "sea" confirms its name not just by how it looks, the water is also warm and very clean, and one would not find the better water reservoir here. 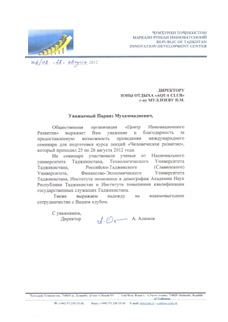 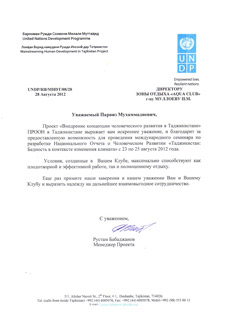 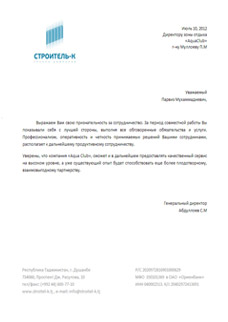